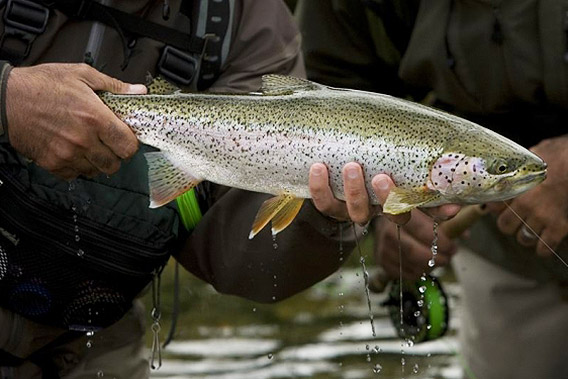 The Rainbow Trout, also called Redband Trout, is a species of salmonid native to cold-water tributaries.

Rainbow Trouts usually inhabit well-oxygenated, shallow rivers with gravel bottoms; they also inhabit lakes, although they are usually found in deeper, cooler lakes with adequate shallows and vegetation for good reproduction. The ideal temperature range is from 50 to 60 degrees. Lake populations generally require access to gravely bottomed streams to be self-sustaining.

The popularity of Rainbow Trout among anglers has placed it among the top five sport fishes. Many anglers consider the Rainbow Trout the hardest-fighting trout species, as this fish is known for leaping when hooked and fighting gallantly.

Season November to May 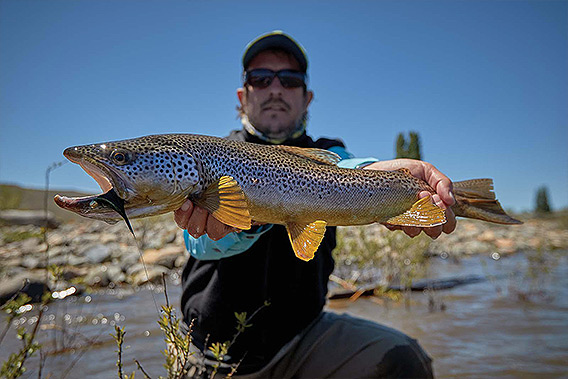 The Brown Trout has earned a reputation as the wariest and wiliest opponent that a river angler can face. It is a European species of salmonid fish that has been widely introduced into suitable environments globally. The Patagonia region has the largest variety of trout streams: they can be found in rivers, small creeks, lagoons and small lakes.

Season November to May 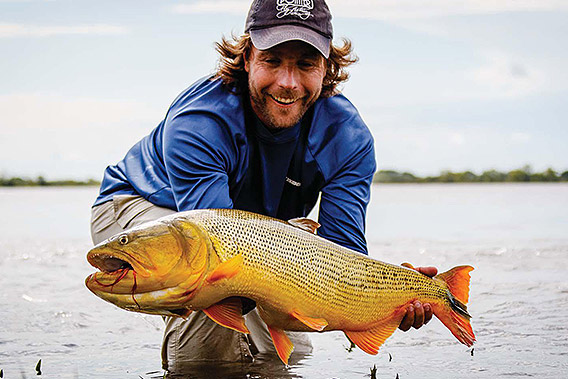 Dorado or Golden Dorado (Salminus brasiliensis) is a large river fish found in central and east-central South America. Despite having Salminus in its name, the Dorado is not related to any species of salmon, nor to the saltwater fish also called Dorado. It is very popular among recreational anglers and supports large commercial fisheries